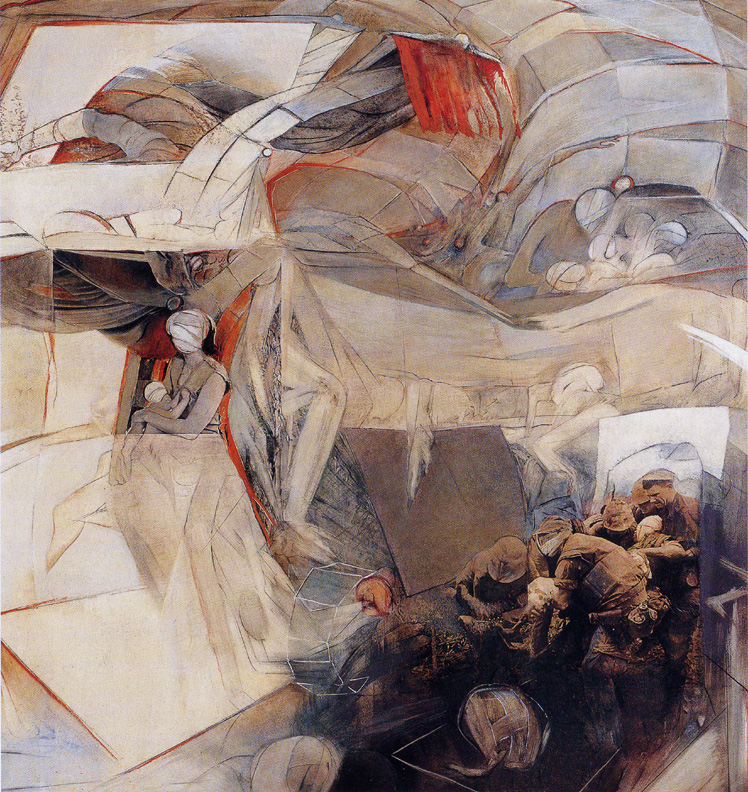 In Larry Burroughs’ photograph of American troops in Vietnam, I experience almost visceral, physical (strain) feelings of being pulled into the pictured events because of the exaggerated and elongated perspective.The “pull” of the perspective, the prehensions of urgency, confusion, bandages, pain and more, can cause me, via subjective aim, to feel that I am almost physically “pulled into” the tiny lips and nose protruding from the bandaged head, which, for me, have become a distilled focus of pain and hurt.

Whitehead comments on how feelings, such as strains, merge into concrescences and consciousness. Consciousness originates in the later stages [of a concrescence] and illuminates these stages with greater clarity and distinctness. A simple physical feeling is the most primitive type of an act of perception. Owing to the vagueness of our consciousness analysis of complex feelings, perhaps we never consciously discriminate one simple feeling in isolation.  But all our physical relationships are made of such simple physical feelings (including strains) as their atomic bricks.

In this collage, the angular, wounded arm, caught in an elongated perspective that only the camera could capture, ends in a hand twisted in deformity and anguish. I process both these features as “atomic bricks” – arresting and appropriate contrasts informing my feelings of the badly wounded marine, the bandaged heads and cradling marines.  It may not be possible to discriminate any one physical feeling or mental concept of these details in isolation, yet my complex concrescence of pain, concern, confusion and even more complex feelings of poignancy, evoked by the marines who carefully, tenderly lift the wounded man, are based on primitive strain feelings of these details as they are processed into conceptual feelings.