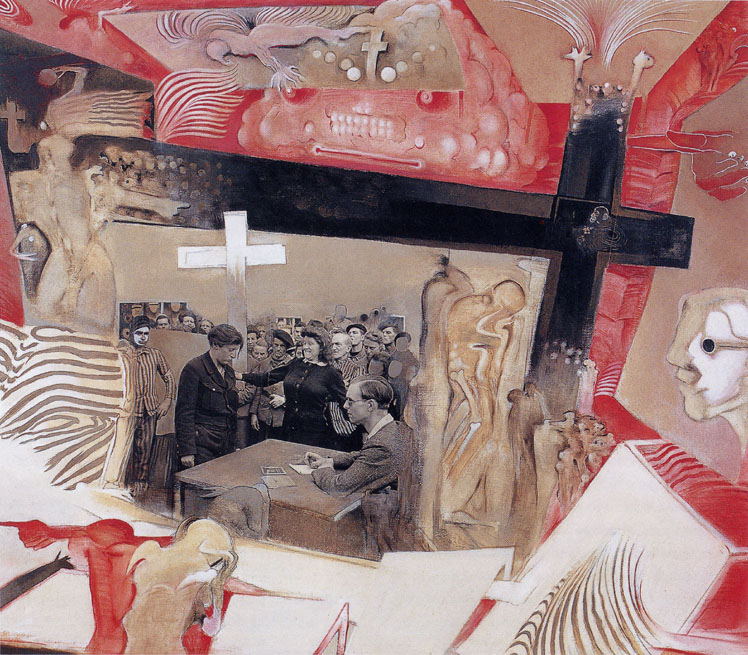 The most arresting action in Henri Cartier-Bresson’s photograph of an interrogation at a deportation camp in Dessau, Germany in 1945, is probably the angered woman gesticulating toward the shamed collaborator. To induce feelings of anger and physical and mental shock reflective of the indignation and resignation of the two women, images of blood, cuts, wounds and the interior body are included throughout the collage painting.

The figure-ground is composed using a large horizontal black cross that orchestrates images within it to represent a deadening void. A white-tipped cross alludes to the irony of the Christian role in the historic persecution of the Jews that climaxed with the detention camps and imprisonment during the Holocaust.