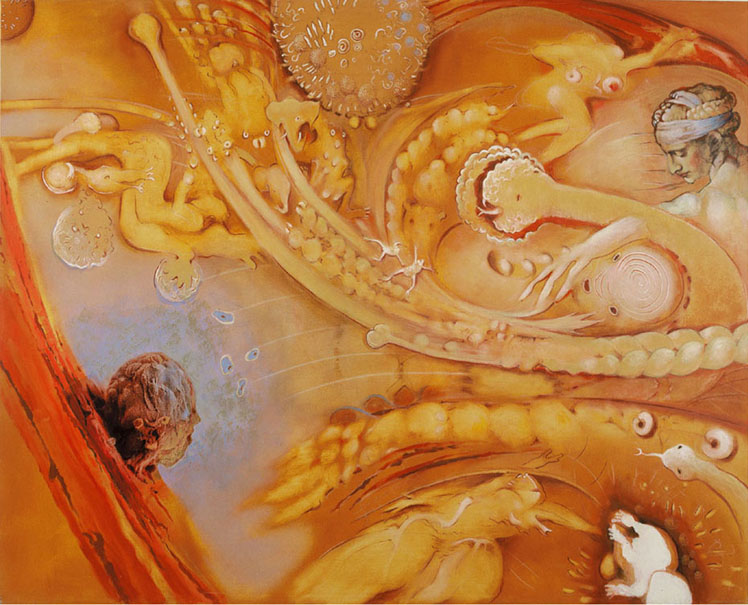 This collage is an excursion into my perception of a photograph of a fertilized human egg attached to the uterine wall eight days after conception.  Initially I am drawn into a representation of cells and transformations into animals, insects, and fetal and human images.  I have an urge to see profundity in the mass and complexity of the fertilized egg.

I build a discursive yet anchored mental construction – a realization that out of such amorphous and tiny beginnings will come the panorama of a human being.  I adhere a print of Michelangelo’s Sybil from the Sistine ceiling at upper far right.  It is an indescribable revelation of an androgynous authority figure that I will nonetheless attempt to describe.  The head implies wisdom and a premonition of death.  The hair is tightly woven, suggesting binding, strength, and male as well as female hair.  The eye is extremely sensitive in handling, almost closed in a sign of resignation.  The mouth has both male and female contours, as does the nose and chin.  All this within a head that is compact, classically contained, and yet heroic in scale and ready to expand.  This input merges and emerges from the already mentioned tissue of cross-referenced domains.  Not lastly, one can feel an additional presence, a harbinger of a fateful yet unknown future for the race.